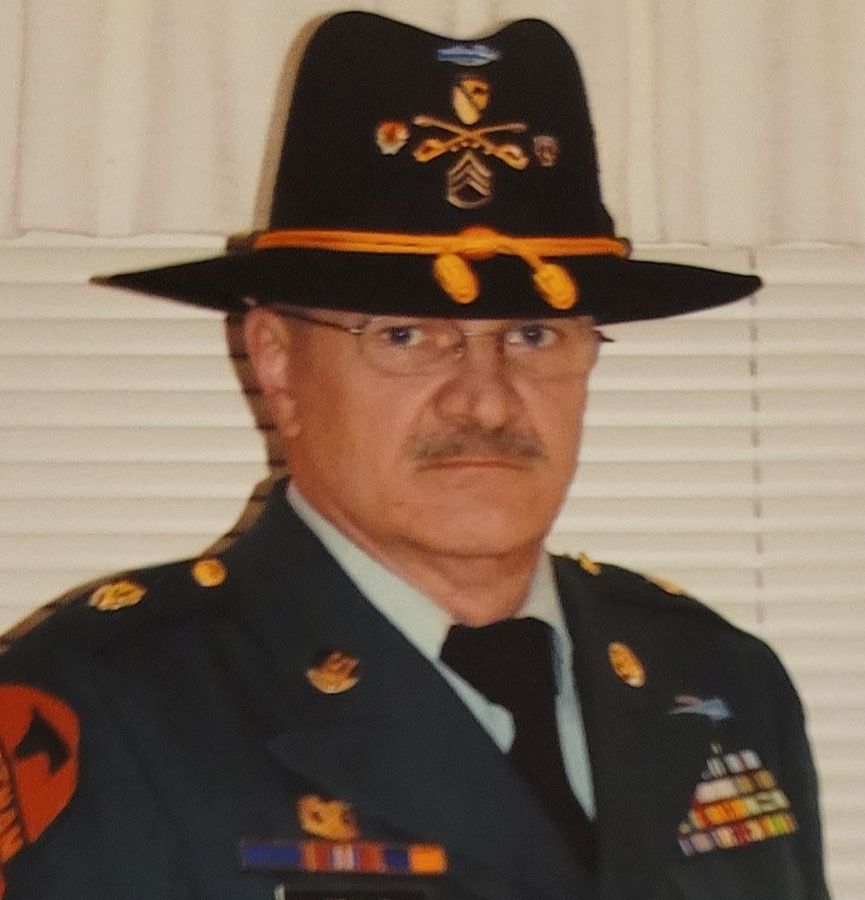 Travis,
Charles Vernon
Muskegon, Michigan
Charles Vernon Travis, age 68, passed away Saturday, November 21, 2020. He was born in Indianapolis, IN on November 7, 1952 to David & Elizabeth (Hensley) Travis and later raised by his Aunt and Uncle Kathryn & Elmer Thompson. Charley was a US Army veteran of the Vietnam War, serving for over 18 years until his retirement. "Fuzzy" as he was known to his friends, spent some time as a Special Deputy with the Marion County Sheriff's Department in Indianapolis, IN, had been a Volunteer Fireman at the Wayne Township post in Indianapolis, IN and was a member of the American Legion Post 64. He married the former Sally Graves of Muskegon, MI on June 11, 1996 and was a member of VFW Post 7729. Charley liked singing and playing guitar, especially Beatles music and used to play in a band. He was a collector of Beatles' and "Pepsi" memorabilia.
SURVIVORS
Wife, Sally, Children, Serena (David Castagna) Springstead, Joshua (Kristen) Mead, Jason (Jacoba) Mead, Sara (Kyle) Alexander; Grandchildren, Caia, Jenna, Kadence, Joey, Judd, Nicole, Oran, Samantha, Jackson, Koltyn, Austin, Zylyas, Collin, Great-grandchild, Greyson; 2 brothers, David Travis, Jack (Elizabeth "Candy") Travis; Special cousins, Douglas Thompson, Carolyn Gentry; his service dog Cheyenne. He was preceded in death by his parents, faithful dog, Sheba and previous service dog, Grace.
SERVICE
Saturday, November 28, 2020, 11:00 AM at Clock Chapel - Muskegon with Minister Stephen Pylkas officiating. Internment in Egelston Township Cemetery.
VISITATION
One hour prior to the service at Clock Funeral Home - Muskegon. Please visit www.clockfuneralhome.com to leave a memory or sign the online guestbook.

A video of the service is available to view Please click on the link below to see the service.

Dear Sally and Family, I am so sorry for the loss of Charles.. I had the pleasure of having him join us in pulmonary rehab over the past several years on and off. It was always a pleasure to see him walk through that door with Cheyenne by his side. I think he loved coming just because he got so many treats for walking the track. Charles was a great person, kind and generous. So Enjoyed the time he spent with us. My thoughts and prayers are with you during this time. Sincerely Cathy Schmidt-Pulmonary rehab

Hi Charles, I remember the honor of being invited to the Howard County Vietnam Veterans Fair for 2 years, wish I could have been there earlier, but the time we (Richard, Sue, your wife,) spent were very enjoyable. Thank you for helping me get a job as an Action Security Officer, and we really must've had some great times, as I don't remember most of them. I really hope to see you, my friend, again someday. Hugs, Gary 'sarpy' Fraction.

Sally and Family,
Sending thoughts and prayers your way. May all of your good memories together carry you through, until you meet again.
Tim Bryson & Rachel Church

My thoughts and prayers go out to you all. He was a wonderful man and will be missed dearly. If you need anything im only a phone call or text away. I love you all. RIP Daddy Charlie. Gone but never forgotten.

The attached photos are added to the memorial of Charles Vernon Travis to help share their legacy.

Thank you for sharing your memory of Charles