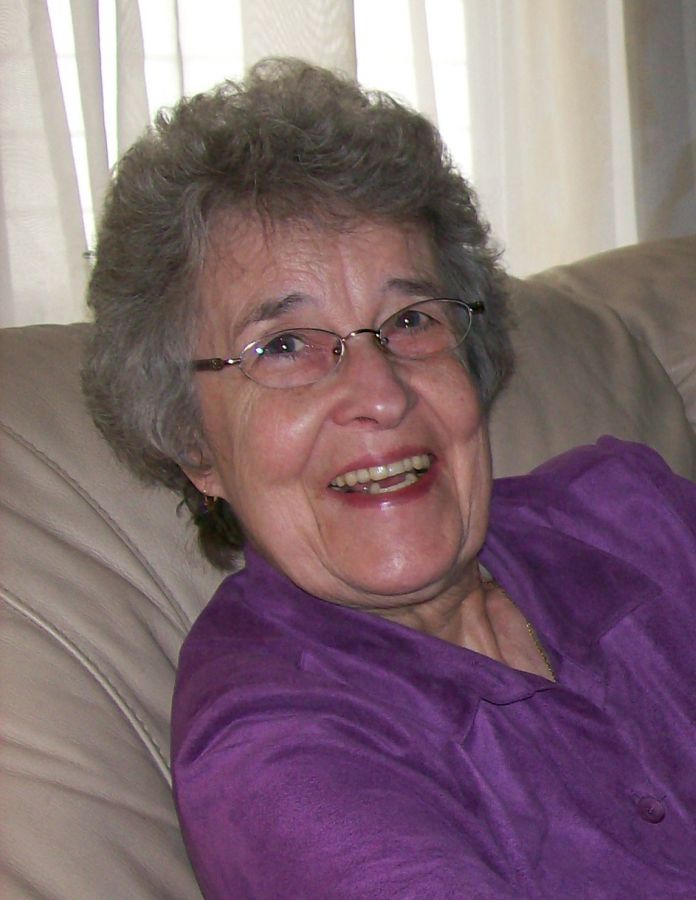 Mrs. Delphine Dolores Frazier, age 85, passed away Tuesday, September 1, 2020. She was born in Allenville, MI on March 27, 1935 to Robert & Verena (Weiss) Wartella. She graduated from LaSalle High School in St. Ignace in 1953 and married Charles Frazier on October 2, 1954 in St. Ignace, MI. After her children were grown she spent a year as the cook on the University of Michigan research vessel Laurentian when they sailed to The Gambia. She later worked at the GM Delphi plant for over 15 years before retiring in 2000. Her favorite "job" was Grandma. Hosting many sleepovers with her grandchildren and watching movies they would bring late into the night, playing uno and board games, making sundaes, and cooking the best pancakes they ever had. Delphine was a member of the United Lutheran Church in Grand Haven and was active in its' Women's Circle and Altar Guild. She was an avid reader who also liked to crochet, garden, and was a wonderful cook. She loved to send cards and notes to family and friends to thank them, remember special times or just to let them know she was thinking about them.

Dear Family,
We remember your Mom and Grandma with a smile and a hug. She was one of the nicest most thoughtful people we have had the pleasure to know. It was with a heavy heart to hear of her loss, but we know she is in heaven with her hubby and others that we have lost along the way. We have all of our memories and stories to keep us thinking of her . Please know that we are keeping all of you close in our hearts and wish you well.
Love, Faisel and Marsha Abdelkader

Delphine will be greatly missed by her family and friends. My prayers are for God to comfort you all and bring peace in the missing of her. She was a great helper to others, wonderful wife,mom, and friend to many. I'll miss you dear sister( in-law). So many of your siblings are rejoicing that your with them now! Heaven is richer and we are in the missing. A special hug to Chris who took such good care of both his parents!

Dearest Family,
A flood of wonderful memories of the best neighbors and friends ever....the Frazier Family. Our hearts ache with yours in the loss of Delphine.
One word best describes this beautiful lady.....love!
Her goodness, kindness and deep love for her family overflowed to others. We are better people and certainly richly blessed to have Delphine in our lives.
Please know that we will keep all of you close in our hearts, thoughts and many prayers.
Love,
Don & Mary Heilig and Family

The services for Delphine have not yet been added. Please sign up below to be notified when the services are ready.

The attached photos are added to the memorial of Delphine Dolores Frazier to help share their legacy.

Thank you for sharing your memory of Delphine