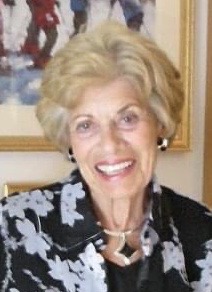 Maxine "Macky" Kantor, beautiful and beloved wife, mother, and grandmother, passed away on July 23, 2020 after a valiant 20+ year battle with Parkinson's. She fought this debilitating disease with fortitude, stubbornness, and mental strength. Macky was born on March 10, 1934 in Chicago IL to Eugene and Rosalyn (Issacson) Eisman. She grew up in Chicago near Wrigley Field, becoming a lifelong Cubs fan. Upon graduation Macky worked as an administrative assistant and modeled part time for Marshall Field's and other clothiers. It was during this time that she met the love of her life, dental student Morton Kantor. They were married on December 25, 1955 at Chicago's Drake Hotel, eventually settling in Mort's hometown of Muskegon, Michigan. Macky embraced her new community while raising three daughters and supporting Mort's newly launched dental practice. Her volunteer commitments during her life included: Service League, Hackley Hospital, Muskegon Art Museum-- where she was named Volunteer of the Year in 1998, Temple B'nai Israel's Sisterhood and Hadassah, Muskegon Yacht Club, and the Questers Preservation Group. A renaissance woman in her own way, Macky embraced daily exercise long before it was a main stream activity, created and cooked from scratch many memorable gourmet dinner parties, and designed beautiful clothes and tote bags on her sewing machine. In addition, she was an avid gardener and collector of art, minerals and antiques. Interestingly, Mort's button-up baby shoes served as her inspiration for collecting button hooks. She became somewhat of an expert on these 17th - early 20th century artifacts, collecting more than 300 hooks along the way, frequently sharing her knowledge with members of The International Button Hook Society, Muskegon Art Museum and other interested antiquaries. Her greatest joy, however, was spending time with family and friends--sailing, traveling to beach destinations, shopping with her daughters and watching her family grow and expand.

Given current circumstances, a celebration of Maxine will take place at a later date. In remembrance of Maxine, donations can be made in her name to Harbor Hospice of Muskegon, 1050 West Western Avenue, #400, Muskegon, MI, 49441 or Temple B'Nai Israel, 391 W. Webster Avenue, Muskegon, MI, 49440. Please visit www.clockfuneralhome.com to leave a memory or sign the online guestbook.
Clock Funeral Home - Muskegon

Mort and family, Dave & I are thinking of you and praying for you during the loss of Mackey. I loved seeing you both when I was at work & will never forget our chats there or at the yacht club. She was one super lady, but you all know that.
Marcia & Dave

My mom, Ruth Oppenheimer and Macky were long time friends. They shared a love for volunteerism, both serving the Temple B'nai Israel Sisterhood for many years. They were also both great cooks and showed off their skills at their monthly group dinner parties. Mom doesn't remember too much any more, but she always perks up when I ask her about Macky. May her passing be a blessing. Rest in peace Mrs. Kantor. Our thoughts and prayers are with you and your family. Lee Oppenheimer

I first met Maxine when we both signed up for a class on training for the Seaway Run! My first and only time. Mort, you were the best caregiver ever!

Condolences, love and light to Maxine‘s family. My mother and Maxine were best friends, and I remember them really enjoying their time together. A beautiful woman and exceptional friend. Wendy Poppen

Maxine was a lovely woman that I had the pleasure to knowing through the Parkinson’s support group. She was always smiling and brightened the room with her presence. She did her best and pushed through even in difficult times with Mort her love ever at her side. I’ll miss her. So glad she can now be free of her aches and pains. Prayers for Mort and a virtual hug.

Our sincerest condolences on the loss to you and your family. Macky was a special person and we feel honored to have known her.
May you rest in peace now Macky, we will miss you.

I never met your mother, Deb, but know the feeling of losing your parents. So very sorry. Thoughts and prayers to your family.
Kathleen Matthis

May God take your aching hearts in His healing hands and bring you all peace.

When I think of Maxine I think of an Orchid. The Language of Flowers state an orchid is representative of
beauty, elegance, refinement, and regal presence. Our paths crossed through the years and enjoyed each
and every one. With sincere sympathy to the family, Mardi Monroe Williams

I only met Maxine 10 years ago and was quite taken how gracious, intelligent and funny she was. While I was living in the neighborhood Mort and Maxine were wonderful hosts and great neighbors. As a member of Muskegon Yacht Club it is wonderful to see Mort down sailing year after year and Maxine's support of Mort's love of sail was lovely too. She will be missed by me and everyone who has had the luxury of knowing her. Rob Rafson

Our deepest sympathy, Lisa and family She certainly was an accomplished woman.

Deb & Dave,
I wish things were different, right now.....I would like to give you a hug! Your Mom was an amazing woman, you owe a lot of your strength and independence to her. (((HUGS)))

We are so very sorry for you loss. Maxine leaves a legacy of amazing family that will reflect her love of life and passion for all things good.
Our deepest sympathies
Dan and Susan Elsea

The services for Maxine have not yet been added. Please sign up below to be notified when the services are ready.

The attached photos are added to the memorial of Maxine Kantor to help share their legacy.

Please help memorize Maxine Kantor by recording your attendance below.

Thank you for sharing your memory of Maxine