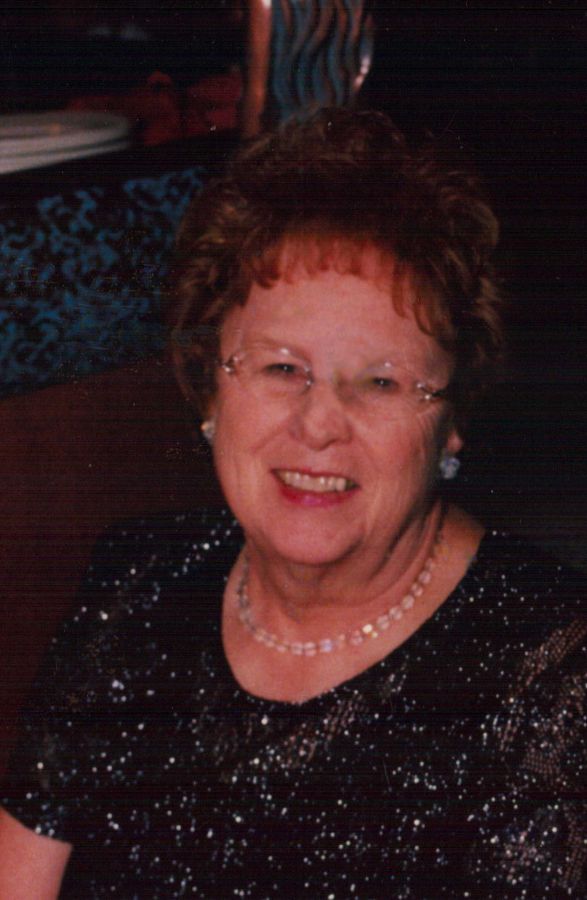 Mrs. Alice Adeline Babinec, age 88, passed away Thursday, May 28, 2020. She was born in Muskegon, MI on May 18, 1932, to Albert & Emily (Peterson) Olsen and married Carl Babinec on February 3, 1973 after she was preceded in death by her first husband, Raymond Selig in 1965. Mrs Babinec had been employed as a secretary for Pennsylvania Elementary School until retiring in 1991. Alice or Nana as her great-grandchildren would call her, was a member of Laketon Bethel Reformed Church, Curves, participated in Pen Hens, bible study & Church Circle. She was involved in Hometouch at church for the homebound seniors, a Hospice Hugger & enjoyed square dancing, traveling and Broadway Theater shows

A memorial service for Mrs. Babinec will take place Saturday, September 12, 2020 at 11:00 AM at Laketon Bethel Reformed Church with visitation one hour prior to the service at church. Please visit www.clockfuneralhome.com to leave a memory or sign the online guestbook.

Doug I'm so sorry to hear about your mom ...I spoke with her awhile back to see how to conract you for our 50th class reunion. She was so gracious & excited that I reached out to her. I know she will be missed by everyone. I'm thinking of you & your family.

My sympathies to Carl and family. Alice was such a sweet lady.
I will miss seeing her at Laketon Bethel.

Aunt Alice was a wonderful loving woman. She was always so happy. I will miss her and her wonderful smile. Praying for strength for her family to get through this time of sorrow.
Pam Allen

My condolences to cousin Carl and family. Alice was a lovely lady and will be missed at our family reunions. Prayers for you all💕 Love from Scott and Kathy (Babinec) Brown.

Alice was a wonderful woman, so many memories of family time and school help. Seeing her always brought smiles to both our faces

we have another angel rest in peace my friend you will be missed!

My deepest sympathy to Alice's family. I met Alice when she would call me to substitute at Penn School. She called often and was always so sweet. I met her many years later at Laketon Bethel RC because we were both members. She was always there with a smile and a hug. I will miss her very much!

With Deepest Sympathy in the loss of Alice.

The attached photos are added to the memorial of Alice Adeline Babinec to help share their legacy.

Thank you for sharing your memory of Alice